In Valdese, Hurricane Irene consisted of some high thin clouds, sunshine, humidity and a warm breeze.  We made no special preparations (other than mowing the grass - the same as I did for Hurricane Hanna a few years ago).  I suppose we live far enough west that a gigantic storm going up the coast is not quite gigantic enough to cause us any inconvenience.  I think for us to be bothered it would have to make landfall somewhere in South Carolina then head north west.

My only experience with hurricanes are the ones that passed by when I was living in Maryland, and there I was used to hours and hours of torrential rain - I'm sure Irene soaked most if not all of Maryland.  I'm pretty sure rain from a hurricane going up the east coast is the most rain I've ever seen at one time in my life.  But here, at the foot of some rather good sized mountains, that's not the case.

So for us, yesterday was just a warmish, humid day.  Today it's a little cooler, not as much haze in the air & I got a good view of the mountains from the cemetery when I walked Pickles this morning.

In the eastern part of the state, a  completely different story.   What a difference a little distance makes.
Posted by A Valdese Blogger at 12:37 PM 1 comment: Links to this post 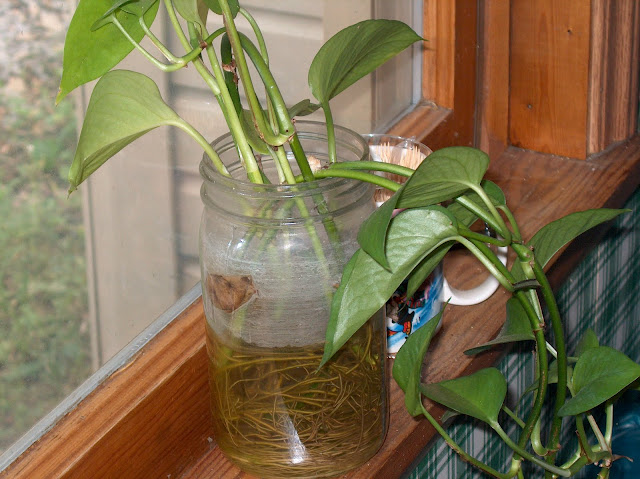 A word about today's earthquake

There was an earthquake today on the east coast, 5.8 or 5.9 depending on where you look.  I didn't feel it, tho apparently plenty of people in the area did.   However we now realize that about the time it hit, Pickles the Dog went totally bee-zerk.    Can't be sure that the two events were related, but its possible.
Posted by A Valdese Blogger at 8:19 PM No comments: Links to this post

I had read Clan of the Cave Bear & thought it was interesting, so I decided to read Valley of Horses, the next in a series of "Earth's Children" books by Jean Auel.  Being a red blooded American male of the species, I'd never heard of them before - we picked them both up in a box of books at a yard sale down on South Avenue in Valdese.  I'm not sure how many more books there are in the series.

First I need to gripe about the titles.  I naturally want to say Clan of the Cave Bears, which is wrong, and I also have a strong urge to say Valley of THE Horses, which is also wrong.  I bet anything the author did this on purpose, just to screw people up and see who was paying attention.  I can think of no other reason.

I liked Clan of the Cave Bear - it must have been interesting growing up Neanderthal.  The author created a whole culture for them, I'm sure a mixture of accepted scientific belief with imagination used to fill in the holes.

The story continues with Valley of Horses, with Ayla forced to leave the clan by the extremely jealous, angry, and impulsive Broud, using every bit of skill she has just to survive.  But the book introduces another major character, Jondalar, who is on a "Journey" with his brother to travel to the end of the Mother river - looks like the modern day Danube. (or Donau).

Slowly but surely it becomes clear that Jondalar is something of an Ice Age John Holmes, but much more handsome, and Valley of the Horses becomes, in addition to everything else it is, something akin to literary pornography geared towards women.

The characters are great, extremely vivid, detailed, very well described, very realistic and it is very easy to identify with them.  Jean Auel is at least as good as someone such as Orson Scott Card ("Ender's Game" etc) when it comes to character development, maybe better.  Most characters in most books can't come close to touching Ayla and Jondalar - it's beautifully written that way.  My fear is I'm going to compare the characters in every book I read after this to the characters in this book, and I'm sure almost all will come up short, they'll seem somehow incomplete.

And it's not just humans - Whinney the horse and Baby the cave lion are also an important part of the story.

But the descriptions of sexual encounters involving Jondalar are overpowering, and I'm not sure that it always advances the story.  Or maybe it does - it is certainly part of his (and Ayla's) being.  But it's like the author gets lost in it, and it goes on and on forever with page after page of throbbing manhood and pulsating wetness and such. But you know how us males are, it could be that my main complaint was that there werent any pictures.  Anyway, when I finished this book my overall impression was "Man, there's a lot of sex in this book".  There's more than enough sex in this book to get a Republican up in arms, or to cause some parent somewhere to demand it be removed from the school libraries.  Assuming it was ever there to begin with.

But the book is so much more.  Its a great story with beautifully written characters, in a beautifully described location just trying to live their lives 30,000 years or so ago.  You're not going to find many books as good as this. 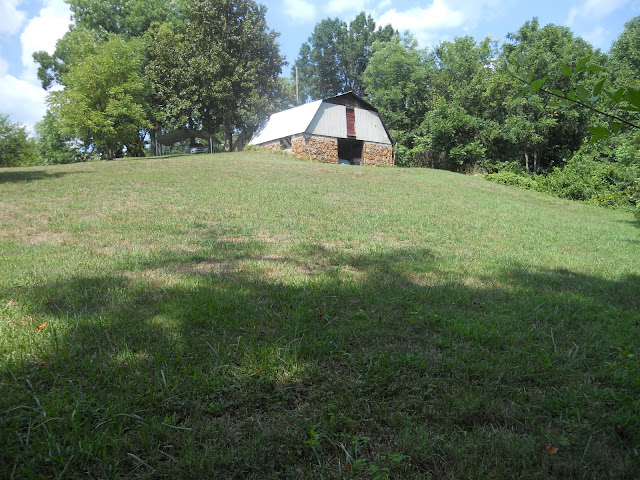 I've been a bit slow about about posting in this blog lately.  Nothing burnin a hole in my mind I suppose, but if I'm going to keep it, I should post something once in awhile.

Pickles the Dog is coming up on her 4th birthday.  We're not actually sure when she was born, but we knew roughly how old she was when we got her, so we just agreed on Sept 1 as a bithdate.  No party is planned, she's a dog and she doesn't care.

Pickles is funny tho.  If you wake her up, she immediately runs to a window and looks out, as if we've caught her goofing off on the job or something.

Pickles has to work for her treats.  She has to sit, give me a paw, then lay down, then jump up form a prone position.  The jump up doesn't count unless both rear paws leave the floor.  She seems to love it.

Most of the country has been through a long and brutal heat wave this summer.  In my little slice of North Carolina, it's been a pretty normal summer, temperature wise.  That means, it's been pretty brutal until fairly recently, with enough heat and humidity to drown a mule.

I do not listen music enough.

Saturday I finally conquered the weed eater.  I seem to have trouble with machinery.  Its strange, because I've held jobs in the past that required a very complex and/or abstract level of thinking, but please dont ask me to start anything by pulling a chord, or do anything that requires mechanical precision.  It will not end well.  But Saturday was a breakthrough - I successfully installed a new spindle of string.  Just like a big boy.

It would be nice to get paid for reading - as long as it's not Kafka.

I learned today that State Highway 80 in Kentucky is the state's longest highway, stretching from Pikeville in the east to Paducah in the west.  That's a long ways. There's a new highway 80 running through Knott County now, but when I was young it was Hindman's Main Street, and a two lane twisty curvy mountain road,  by far the best road in the county.  I never knew it went all the way from Pikeville to Paducah.

I finished reading Valley of Horses by Jean Auel, and all I can say is lawsy, that ol' Jondalar.

July was a pretty sad month eBay-wise.   It was by far the worst month of the year, and, with the exception of June, it continues a downward trend for the year.  We've seen a monthly decrease in our average daily shipping amount (dollar wise) each successive month since January, again with the exception of June. Even so, July is the first month this year I'd consider to be a "bad" month.

June was a special case - we sold some pretty unique items at a pretty good price.  Had we not sold those items, June would have continued the trend.

So, if the definition of insanity is doing the same thing and expecting the results to change, then perhaps I'm crazy & we need to totally revamp the business.  Of course I think the definition of insanity has a lot more to do with disorganized thinking, auditory & visual hallucinations, paranoid delusions and stuff like that than it does with the way we run a fairly minuscule eBay business.  But still.  I wish I knew what's going on.

July 2010 was a very good month for us, so I don't buy the explanation that it's summer & people are doing summer stuff.   It was summer last year at this time.

The overall economy is not in great shape, but I also can't believe that our postcard and photo sales reflect anything going on with the financial or housing markets, or anything else having to do with the national economy.  But I can't discount it either.

Our sales of single postcards were normal - both in quantity and price. They were right at what our average for the year is.   Our sales of old photos and Victorian trade cards were less than normal, and our business expenses were somewhat higher than normal, but not extremely so.

I track postage expenses separately from business expenses, and while they take out a chunk, they were actually a little lower than previous months. Lower sales, lower postage expenses. We offer free shipping on virtually items shipped domestically - perhaps that bit us a little this month.