If you don't mind, I don't matter 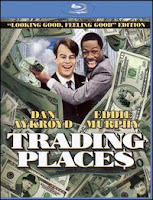 At 1:36 AM this morning I lay awake with a bad headache.  A storm was moving through, so I watched reflections of  lightening bounce off the bedroom walls, and listened to the thunder.  It was very warm, and the lightening & thunder seemed quite close.  Slowly it moved further & further away, I did not hear any strong winds or rain.

I don't get headaches very often, and when I do, it's usually not bad.  This one was painful.  So I stayed there, not moving, hoping that calmness would make it go away.  I had nothing else to do but think, so I thought.

Why are people the way they are?  It's the old nature vs. nurture argument.  I know the way I am (mostly) but I can't always tell you why.  I'm sure there are genetics involved that predispose me toward certain types of behaviors.  The fact that I think about this stuff sometimes, being one of them.  It also seems reasonable that if my parents had different values, raised me in a completely different place with different experiences, I might be a different person.  Perhaps even think differently.  I don't know.

A long time ago I was friends with a person who lived a very structured life.  At 2 PM every Sunday, it didn't matter what was going on, he was going to check the oil and fluid levels on his car.  And I'd think, why no earlier or later, and why Sunday?   Also, whenever he mowed his grass, he'd drain all the oil out of the lawnmower into a large glass container, then add it back when he mowed again.   Where did he learn this stuff, what was it about him that made him do stuff like this? And this was just two out of dozens of examples of a life structure that I found odd.

Some people are slightly manic - always on the go, always feel that have to be doing something to fill up their days.  Sitting still is like death to them.  Sometimes I wish I were like that, because I'd get more done, or at least more useful stuff done, perhaps.  But I'm perfectly content to sit in a chair and stare into space lost in daydreams or useless introspection.  In fact, that is my natural inclination.

Many years ago a person came into the periphery or my life through no choice of my own. He was from an older generation, very quickly ascertained that I didn't play golf, didn't hunt, and could live my life quite happily without ever touching a power tool. In fact to me, a power tool would very quickly equal a missing finger or worse.  He pretty much thought I was worthless and didn't mind letting me know.

But I knew better.  I had an education, had learned a foreign language, had a son who loved me, had completely re-invented myself career wise after I got out of the Army, and had the income, house and property to prove it.  I liked photography, I liked reading, I liked riding around and looking at things. But most of these things were intangible, they weren't things you could hit with a stick.  Or a golf club.

I pretty much thought he was an asshole, but I was too nice to tell him that.

But the bigger question that I so nicely digressed from is, as always, why?  Is it nature or nurture?  In the movie "Trading Spaces", Eddie Murphy is taken from a very lowly circumstance and turned into valuable professional, all so someone (was it Don Amechi?) could win a $1.00 bet.  The bet was that anybody, given the proper training and environment (and I assume reasonable intelligence) could become a top notch trader. In the movie, that turned out to be a case, it was nurture over nature.  But it's just a movie, so it doesn't prove a thing.

I don't know which is more important or which is more dominant.  And I'll never know, and I don't suppose it much matters.
Posted by A Valdese Blogger at 4:55 PM

It's a complex question. There are some "nature" components that can never be changed through "nurture". And many traits are "inclinations" that can be acted on or not. It was once thought that humans were born as "tabula rasas" - blank slates - but we know better now.

Alright Grace! Hittin' me with the Latin - cool! I agree, inclinations can be acted on or not, but the fact that they exist may may a case for the "nature" side of things. Or not. It is all terribly complex.

What if it's neither? Maybe it's all chemical, cosmic, gold dust sprinkled on your ear when you were a baby? I wish I were a better person, but I'm not. I don't blame it on the way I was raised (most days), or just plain genetics. But chemicals - yes, they definitely make the person!

Patti: Could be we're all part of a universe within a universe, existing in a cosmic coffee stain at the bottom of a styrofoam cup carelessly tossed away at an airport somewhere.

Yall are too funny!

This is a brain teaser! I do think we are influenced by nurture. That is all I'm going to say cause this subject is going to give me your headache!