Stuff Around The House #12 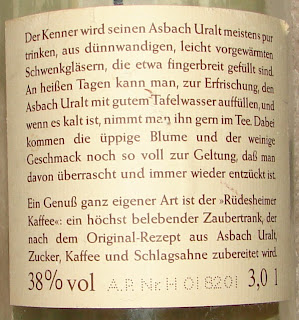 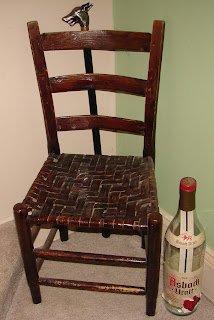 Ok, so this is really a dumb way to load this little post. But this is the way it's going to be, and it is because 'blogger' is playing it's little game with my head and I don't have the desire to figure it out. I simply want to put two pictures side by side, and write stuff to the right, but apparently it can't be done. Or perhaps it can but I'm just too dense.

So. 12th in a never ending and irregular series about stuff around the house. There are 3 nice little items taking up space in one of the many corners in our place.

The chair was hand made, by my grandfather (my mother's father). I'm not sure when it was made, probably no earlier than the 1940's, or no later than the 1960's. Grandpa & Grandma farmed, had large gardens, kept a cow and a mule, occasionally pigs, always chickens, and were extremely self-sufficient compared to the way I currently live. The draw back, and this is straight from my Grandma when she was in her 90's, was they "worked like a dog" every day of their life. Anyway, this chair has been well used over the years, somehow I ended up with it, and it is quite a memory.

Behind the chair is a cane we picked up at a Pawn Shop in Hickory, North Carolina in 2007 I think. That's all I know about the history of it. It has a head shaped like a wolf, and it is fairly solid. Good for whompin' things I reckon.

The bottle next to the chair is something I got in Germany, when I was stationed there while in the Army. It actually was not mine, a friend of mine had it, and when he was finished with it I asked if I could have it & he gave it to me. It is a 3 liter bottle which was once full of something call Asbach Uralt. I took a picture of the label on back, which I'm sure was written by the German equivalent of Madison Avenue. It tells you how good it is, how you can drink it hot or cold, in coffee or tea, tho surprisingly, no recipe for putting it in beer - but then why would you do that to a German beer? I have no memory of having drank any of it, but I thought the bottle was interesting.
Posted by A Valdese Blogger at 9:00 PM

I like the cane. I think the head is made of silver.